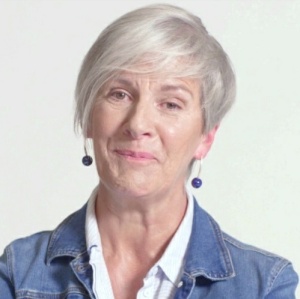 This week a good friend asked me why I continue to engage with and tell my story. “Is it not a constant reminder of what happened, does it not bring up bad memories and feelings?” We chatted away about it for some time.  I thought about it for quite some time after too.

It would be so easy never to tell my story again. That is not an option.  I began http://www.beingdense.com in 2016 with the rather naive hope that those who have a vested interest in Breast Cancer Screening in Ireland would somehow take responsibility for the glaringly obvious anomaly that resulted in my having a very delayed diagnosis and a very large Tumour in my right breast. I naively believed that Early Detection was more important than anything else. I believed that telling my story could possibly help change a broken system and I hoped other women might be spared from the awfulness of knowing their Breast Cancers could have been diagnosed earlier at a more treatable stage.

This of course is not quite how it panned out.  I’ve been outspoken and this upsets the status quo it seems.  There are some who avoid me because I’ve questioned the Breast Cancer Screening Program that Irish women, depend on and trust.  Early Detection of Cancer, they tell us, yields better outcomes.  This is of course true – particularly for most Er+ early stage Breast Cancers.  I believed my Mammogram results.  I am a passionate proponent of Breast Cancer Awareness and Education.  I believe women should have appropriate Breast Cancer Screening.  I believe women should be notified about their Personal Breast Density and advised to have additional Ultrasound or MRI Screening if they have Dense Breasts.  I asked questions, when I was told to stop, I wouldn’t. NO question should go unanswered when the answer is readily available.  Women should not have any part of their breast screening determination withheld from them.

So my answer to my friend is this.  I tell my story all the time and as often as I can because I too have a vested interest in our Breast Cancer Screening.  I have so many close friends, nieces, cousins, daughters of friends – all of whom want to believe and should be able to believe in their Mammogram clearance letter when it pops through their door.

I am a woman who never missed her BreastCheck – The National Breast Screening Programme, Mammogram. I have always asked questions when I’ve had concerns.
All my Radiology results were deemed clear.
My concerns were waved away,  dismissed.

I questioned a thickening and large, hardened area in my right breast in 2010 – it was biopsied and said to be clear. I had a considerable conversation about my concerns with a senior Radiologist and I was assured the area was nothing to worry about, it was fibrocystic change. I was advised by her to go to BreastCheck from then on.

In 2015 because the Mammogram compression caused me to wince with unusual and extreme pain from my right breast, I raised my concerns again. The Radiographer noted my concern and suggested that Primrose Oil might help but she would pass the note to the Radiographer who would recall me if anything looked wrong.
This Mammogram was also said to be clear.

6 months later I noticed some nipple retraction on my right breast. I requested Ultrasound and a Triple Assessment immediately. 7 biopsies were taken from the thickening and hardened area and under my armpit. I was quickly told it was unlikely to be a ‘huge’ cyst and unlikely a Fibrocystic change.

My Diagnosis was Invasive Lobular Breast Cancer, 7cm in size. It had infiltrated my nodes. I would have Chemotherapy, Mastectomy, Axillary node clearance and 30 Radiotherapy sessions. I would be prescribed hormone therapy for at least 10 years.

I tell my story over and over because so much of it was avoidable.

Last year in February 2020 I was finally told WHY my Mammograms were deemed to be CLEAR when they simply couldn’t have been.

Radiologists said they could not ‘visualise’ my sizable tumor because of my Breast Density.
I was ‘unfortunate’ to have Extremley Dense Breasts, they said.

As far back as 2007 Radiologists could see that I had Extremely Dense Breasts. My Density  did not change over the years they said.  My Breast Cancer, said to have been there for 6 – 8 years did change, considerably, unbeknownst to me.

I was ‘unfortunate’ BreastCheck said. I had never heard of Breast Density until weeks AFTER my delayed diagnosis, I said.

None of the BreastCheck Radiographers, Radiologists, Consultants ever mentioned Dense Breasts or Breast Density to me, prior to my Diagnosis.  In fact most were reluctant to discuss it with me even after my diagnosis.

When I began to ask questions following my  diagnosis, I discovered they knew for some time. They said didn’t have to tell me, “we don’t tell women about that” so they didn’t.

I remain shocked, even now, by this attitude.

40% of ALL women have Dense Breasts.

In 2021 BreastCheck still don’t have to tell women about their Personal Breast Density and mostly they don’t. There is no Standardised Notification Protocol in place. That is just not ok.

I’m not suggesting that I wouldn’t have developed Breast Cancer that would be preposterous and it’s important for me to point that out. What I am saying is, my Breast Cancer could and should have been diagnosed earlier.
Had I been told about my Dense Breast Tissue as far back as 2007, I would have had a Breast Ultrasound or MRI. I would have known that for me and all women with Dense Breasts, a Mammogram is not enough.

Every Woman who has a Mammogram, regardless of where and in what Screening Facility, should absolutely be notified about their Personal Breast Density.

This is the reality. The reality is not a favoured topic for some, but I’m not concerned about that. I’m not walking away from reality, even if it upsets those who have a vested interest in maintaining the ‘Status Quo’. With the amputation of my right breast in June 2016, came the right to talk openly about the reality of our Breast Cancer Screening and how it refuses to openly, routinely disseminate our personal Breast Density information.

I tell my story over and over because as BreastCheck, dispassionately said – your Breast Cancer was ‘Unseen with Learning Points’

I want to SEE those BreastCheck ‘Learning Points’ acted upon in 2021.

I want to see a standardised, countrywide Protocol put into place to notify all women about their Personal Mammographic Breast Density.

I will continue to tell my story until someone listens and does the right thing.

I will continue to tell my story until I can no longer tell it.

2 thoughts on “A Vested Interest”